Premiering at the National Gallery of Art in 2010, Pheasants is a 90 minute concert-performance with a historical setting in 17th century Spain. The show was inspired by the transition of power in Europe from an imperial court to the new enlightened despotism as represented by the arranged marriage between Louis XIV of France to his cousin María Teresa, daughter of Philip IV of Spain in an exchange that would end the Thirty Years’ War. The exchange occurs at Pheasant Island in a ceremony organized by Diego Velázquez, the court painter. Through music, dance and drama, Musica Aperta peers beneath the canvas of Diego Velázquez’s Las Meninas, a painting famous more for what it hides than what it shows: the absent daughter given to France in exchange for peace. Music by Bononcini, Fauré, Hindemith, King, Sollima, Shostakovich, and Prokofiev. 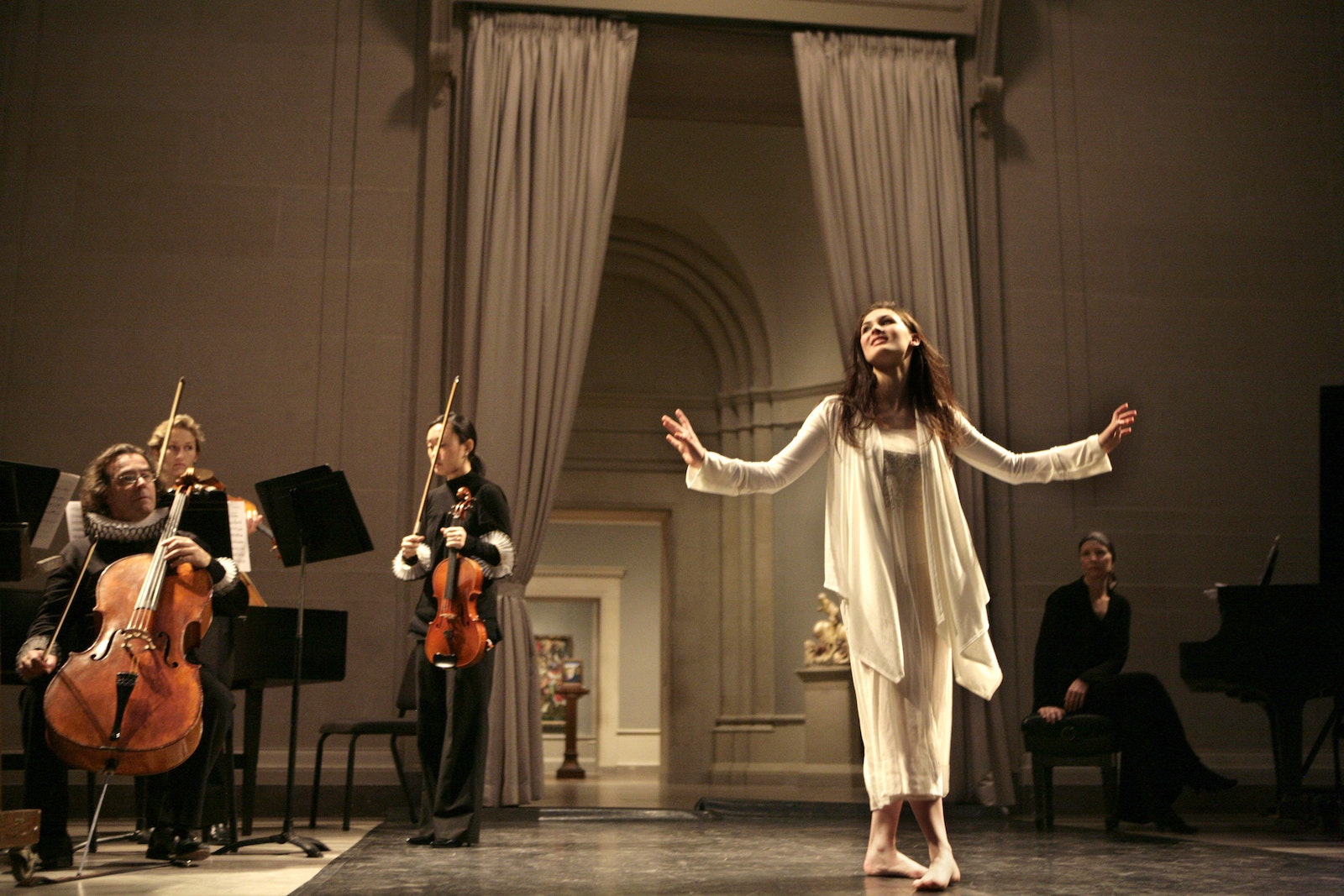 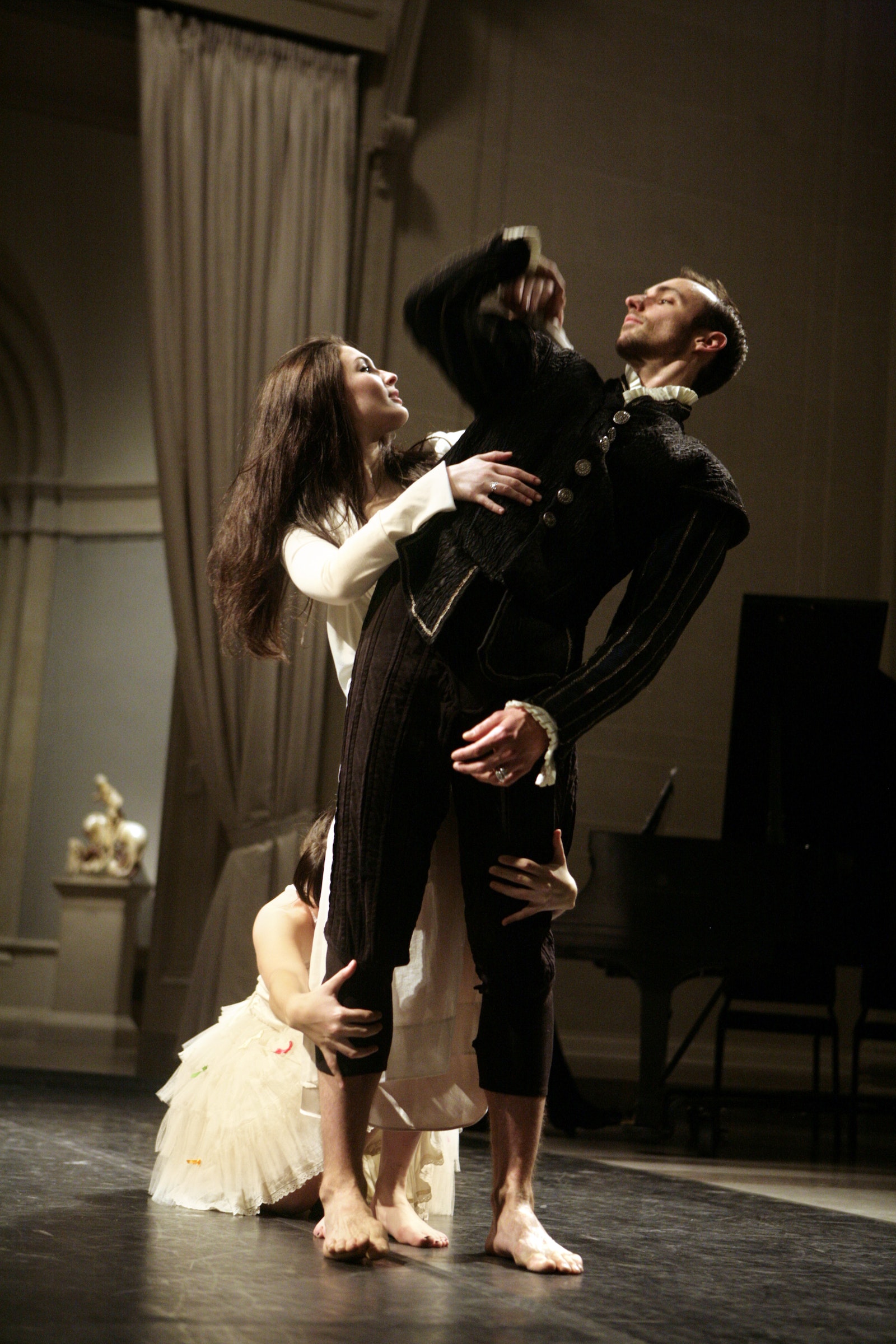 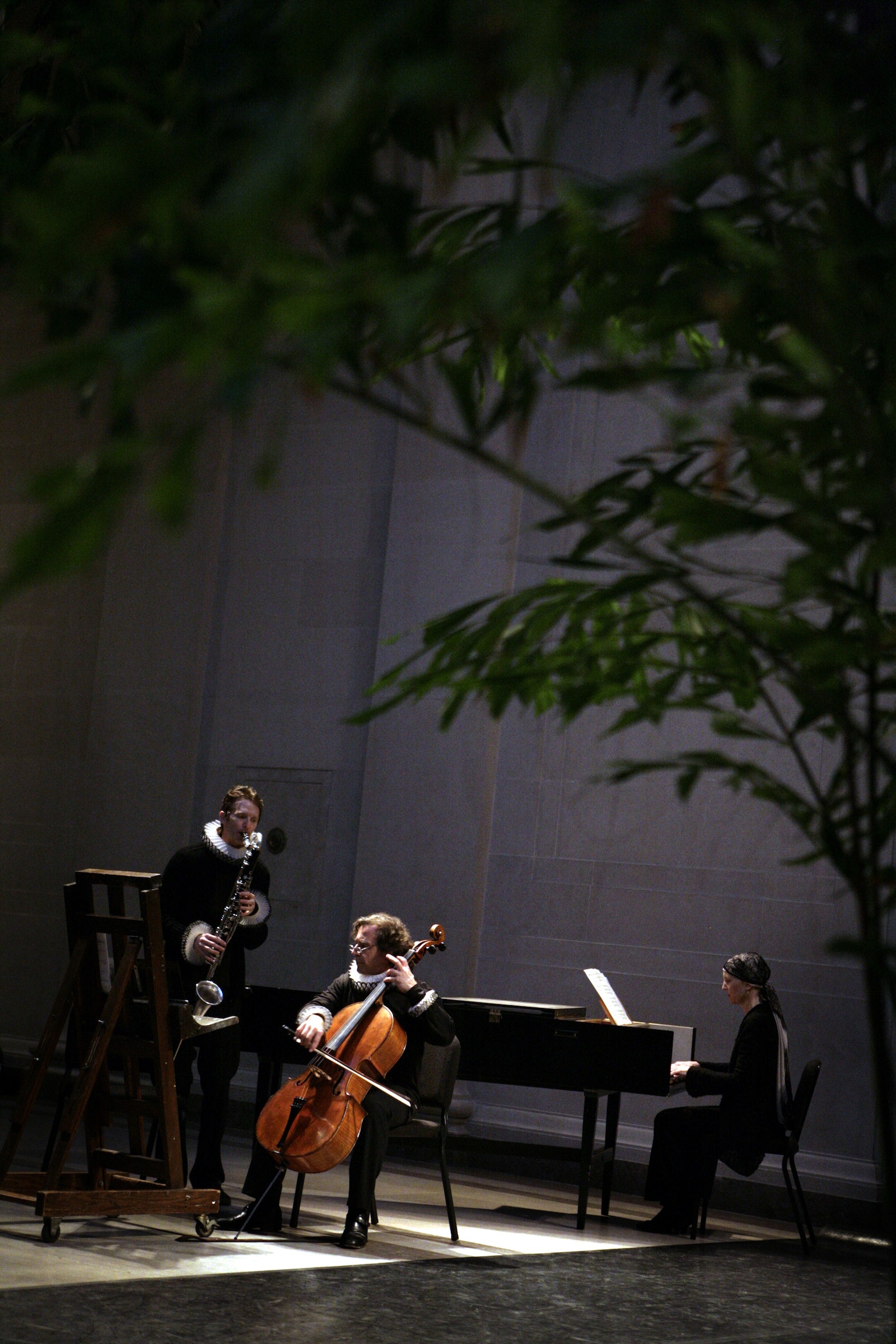 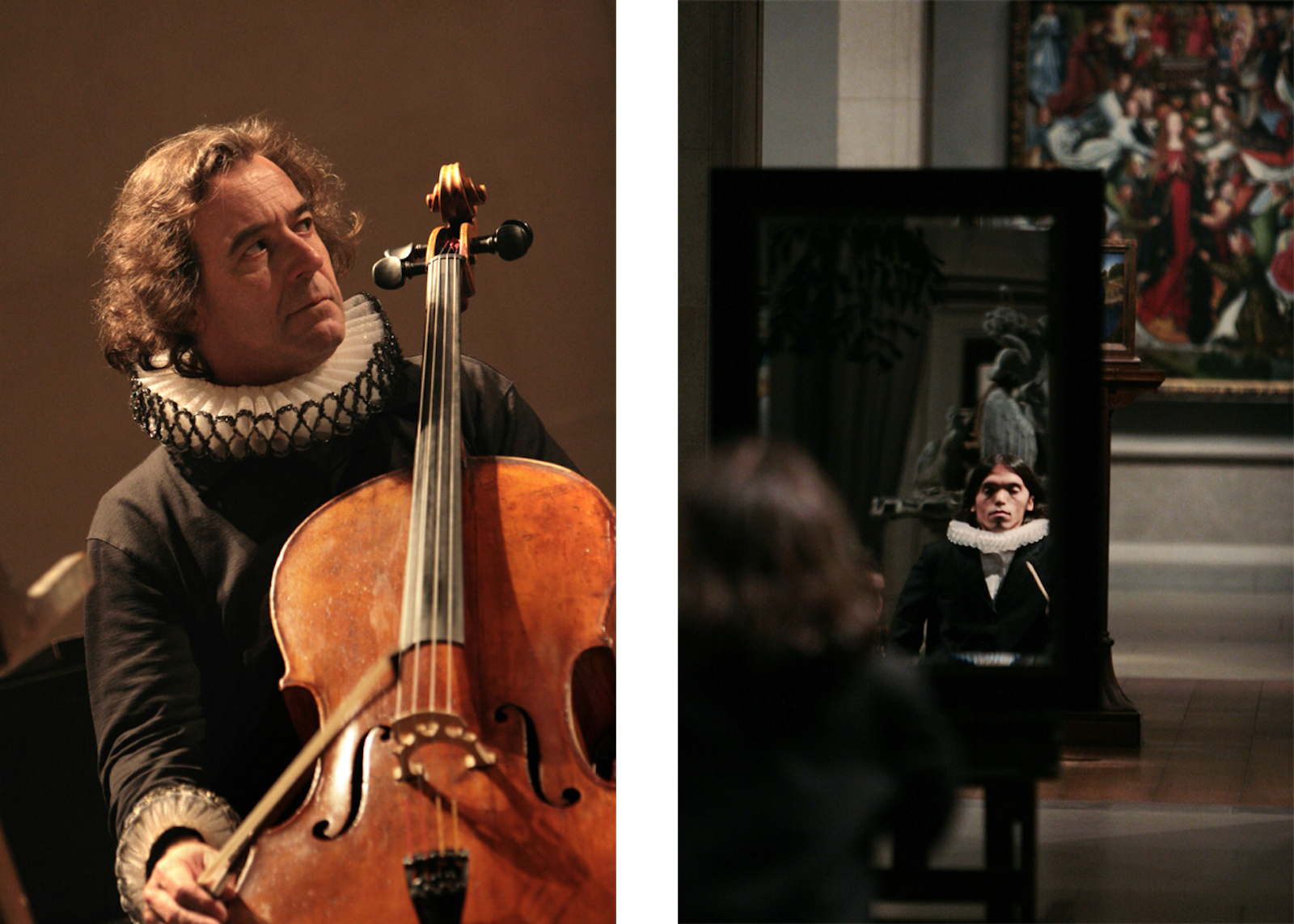 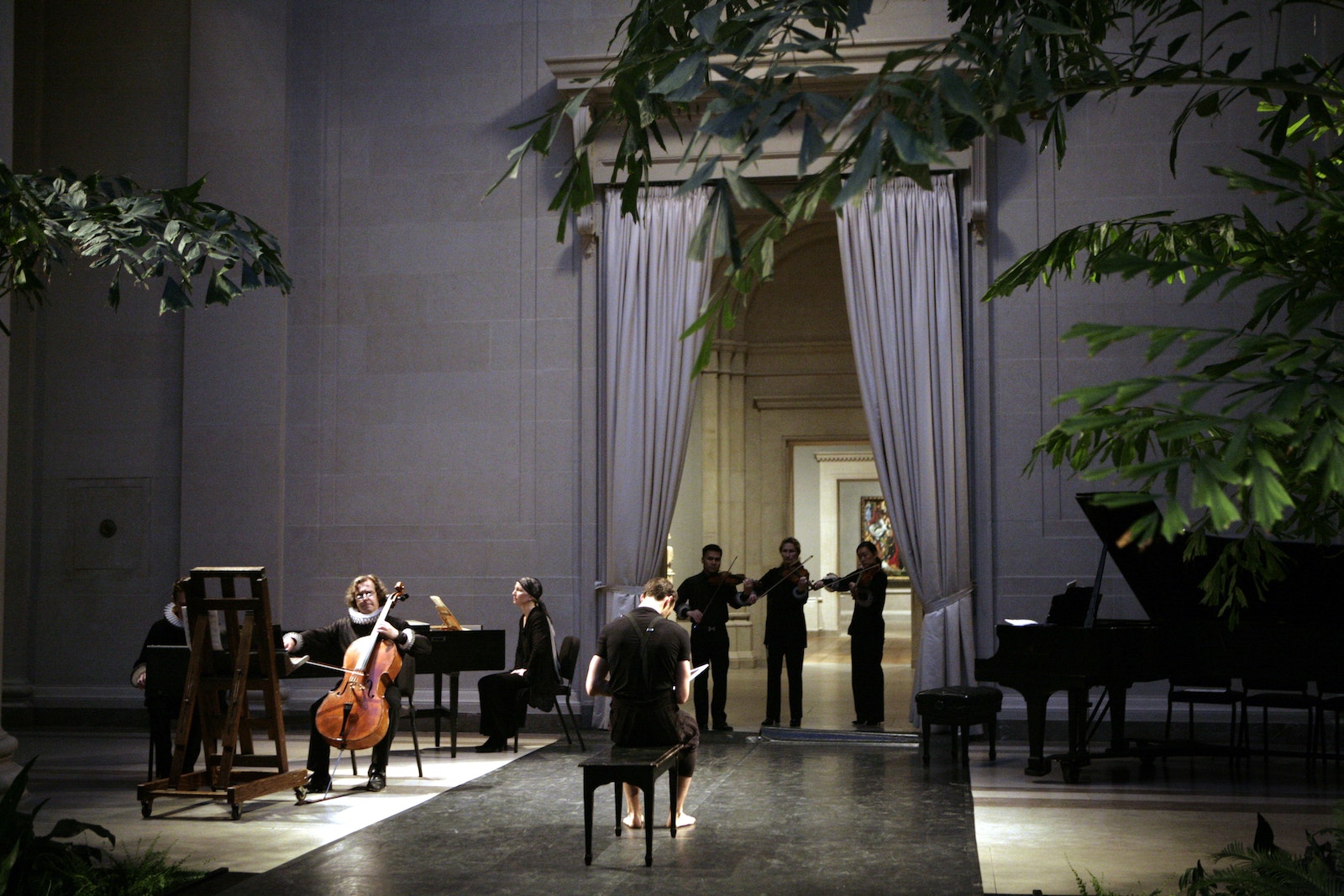 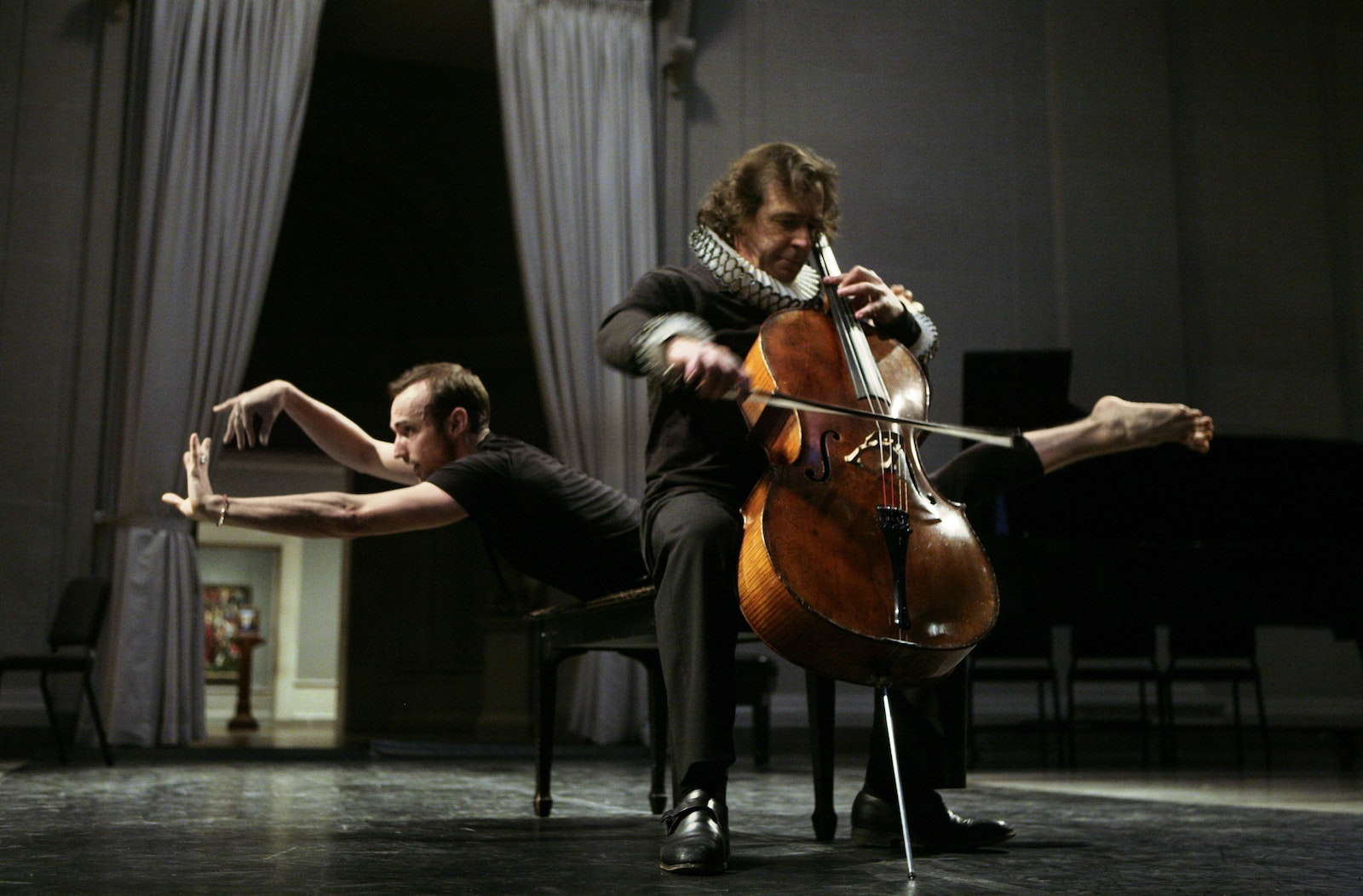 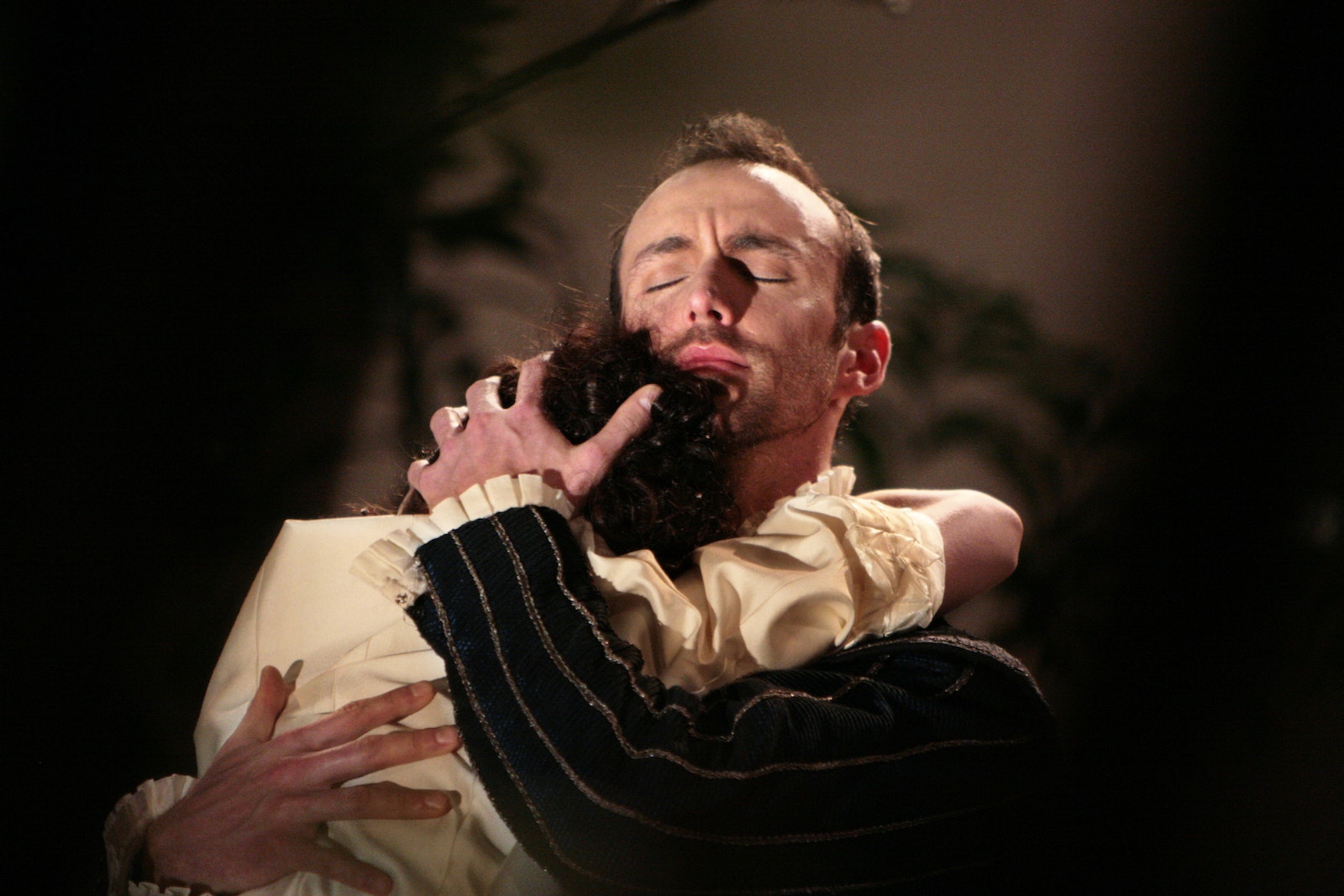 Control: At the Painter’s studio

Night of the flying horses, by Osvaldo Golijov

Amour, oiseau d’étoile, for piano and soprano, by Olivier Messiaen
Night of the Flying Horses, by Osvaldo Golijov

2nd movement of the Quartet for violin, clarinet, cello and piano in G minor, by Paul Hindemith

Triangulation: Only a game

Petite Overture for piano and die, by John King